This little doozy was on cbsnews.com. Normally I’d just link to the entire article, but it’s a short one, so here it is, in its entirety. Amazing how many public figures have statements – of public record – that they later claim where not at all what they believe, stand and work for.

Republican Virginia State Delegate Bob Marshall said at a press conference last week that God is taking “vengeance” on parents who have had abortions by making their other children disabled.

“The number of children who are born subsequent to a first abortion with handicaps has increased dramatically,” he reportedly said. “Why? Because when you abort the first born of any, nature takes its vengeance on the subsequent children.”

“In the Old Testament, the first born of every being, animal and man, was dedicated to the Lord,” he added. “There’s a special punishment Christians would suggest.”

Marshall posted a statement on his Web site distancing himself from the comments, but he can’t erase all his similar comments over the past couple of years!

“No one who knows me or my record would imagine that I believe or intended to communicate such an offensive notion,” he wrote. “I have devoted a generation of work to defending disabled and unwanted children, and have always maintained that they are special blessings to their parents. Nevertheless, I regret any misimpression my poorly chosen words may have created as to my deep commitment to fighting for these vulnerable children and their families.”

Marshall made the comments at an event calling for Virginia not to offer state funding for the group Planned Parenthood, which performs abortions.  Disclaimer here:  I have been a monthly contributor to PP for many years – the vast majority of their budget is spent on family planning, not abortions.  IMO, the better part of Bobby ran down his father’s leg.

Since I seem to be wandering in Freaky Deaky Land today, here’s a couple more plastic surgery wonders.

Maria Jose Cristerna, is a 35-year-old lawyer and mother of four in Mexico.  Cristerna is tattooed from head to toe, has titanium “horn” implants, dental “fangs” and multiple facial piercings. Cristerna says her look is about self-empowerment; her extreme body art has helped her “free” herself from an abusive past.  The Mexican version of “Scared Straight.”

Jocelyn Wildenstein, 72, a New York City socialite, had her face “remodeled” over the years via extensive plastic surgeries to give her the look of a jungle cat. She apparently did this to please her husband who liked big cats (the two have since divorced). Wildenstein was said to be ecstatic and loves what she sees when she look in the mirror.

Jacqueline Koh is a Singapore fashion designer who underwent plastic surgery to look like an anime character — chin implants, eyelid surgery, nose jobs, and had her ears flattened.  She’s happy with the results and is the same person on the inside.

This is a great combo: – a 21-year-old, bat-shit crazy girl and a surgeon who’s definitely in it for the $$$.  You can read the entire article here, together with the many hyperlinks included. 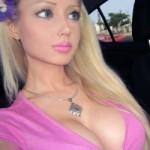 as extraordinarily desirable – an ideal female aesthetic – by thousands of commenters and 215,000+ “Like” clickers on her Facebook page that’s only 24 days old. Plus she’s been awarded mainstream attention by Forbes,  HuffingtonPost, Daily Mail, Fox News, ABC News, New York Daily News, and International Business Times. Eventually, millions of wide-eyed adorers will gaze greedily at the 11,00 photos of her already online.

“Barbie” – the doll – has been castigated since her development in 1959 as a female caricature with impossible-to-attain proportions. Valeria hasn’t precisely copied her mentor’s dimensions – she’d need a 39-18-33 ratio at 6’ in height – but her curves – created via dozens of nips, tucks and lifts at the supposed cost of $800,000 – resemble the plastic icon close enough to re-animate the original prepubescent lust of many grown males, who secretly undressed, long ago, the dolls of their sisters. 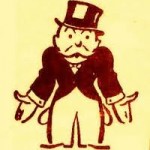 Two identical offers targeted to Americans but using Canadian (British) terms like cheque, designed to lure unsuspecting readers in, thinking it’s a real news story from a legitimate news agency.  Each of these “offers” was submitted by a different reader; each link leads to the same article but with a different web address.

You should be aware that all links on the page link back to the work at home organization which publishes this.

Have You Ever Considered Working Online?

Kelly Richards from Brooklyn, NY never thought that she would, until curiosity got the best of her and she filled out a simple online form. Before she knew it, she discovered her secret to beating the recession, and being able to provide for her family while at home with her three children.

I read Kelly’s blog last month and decided to feature her story in our local job report. In our phone interview she told me her amazing story. “I basically make about $6,000-$8,000 a month online. It’s enough to comfortably replace my old jobs income, especially considering I only work about 10-13 hours a week from home.

If any of you wants to play around with this see how much they charge for their Home Cash System kit and let us know.

The following appeared on the Brita FilterForGood Facebook Wall: “Hi Brita fans! Great news to report: We will be honoring all the mail-in rebates that were recently available! We apologize for all the inconvenience this caused. Thanks for you patience and sticking with Brita. Enjoy your rebates!”

If you really want a laugh, read some of the posts from people who do not see why anyone would ever get upset over not getting a rebate – totally miss the point.

Well this just sucks donkey balls.  Brita exhausted their supplies because people bought their damned products, right?  So had no one bought their pitchers Brita would still have plenty on hand…right, that’s a pretty stupid way of running a business.  And a piss-poor way to generate goodwill.

My adivce?  Return the damned things if you haven’t yet used them (and if you’ve kept the receipt). Unless, of course, you bought it ’cause you like it.  If CVS ships back a few hundred to the company for credit, maybe Brita will think twice about this nonsense in the future.

Wait, before you return the pitchers, first lodge a complaint on their Facebook page (you don’t need to “friend” them – which would be the ultimate insult imo), telling them that you’re gonna return them and the store can just ship them back.   Let them sit on that one for a while….rat bastards.

credit to wild for wags

Well, who’s Digital Doorstep anyway?  Just a deal site used by Eversave, Saveology, plum district…you get the idea.  This is the site that actually furnished the gift cards being promoted on all those various deals (cards like Subway, Fandango…)

Here’s a nice little (short) article that sums up what you should do if you’re waiting on one of those gift cards:   Digitall Doorstep Declares Bankruptcy.

In a show of solidarity with Wiki, Mozilla/Firefox, Craigslist, WordPress and many blogs (including MUM) that will be dark today and Google (which will be “censored”), I will be off this site until 7 pm central (and yes it’s gonna hurt me, guys).  I will still be posting, but everything will be scheduled to publish at 7 pm.  Any comments will be answered in real time.

and yes, i know i spelled unite wrong…i’ve just gotta stick some humor in there

Stop Online Piracy Act (SOPA), also known as House Bill 3261 or H.R. 3261 is the big stick that’s being waved around like I wave my whiffle bat at the moosies – they both make a lot of noise, but I would never actually whack anyone with it.  And the whiffle bat people aren’t paying me off:  Therein lies the difference.

Starting in 90 minutes, Wikipedia will go dark for 24 hours to protest this attempted muzzling of more of our free speech rights – well the ones that haven’t already been trampled on by the Patriot Act (and don’t even get me started on a law that requires libraries to tell government officials what you’ve been checking out on your card, but prevents that same library from notifying you about it – I used to run searches on political assassinations just to dick around ).  So here’s the linky to MUM‘s site because she’s got all the deets and I’m lazy and going to bed to read about Harry Truman’s Excellent Road Trip.  Ah, 1953:  The Good Old Days…good if you were a middle-class, white male, that is.

Oh, and I’d advise downloading Soapy, a plug-in that works on Firefox:

Soapy works by automatically redirecting users to the website’s server directly. It replaces the DNS system entirely for these blocked websites.

Domain Name Servers match domains like Google.com to their server’s IP address (in this case http://74.125.224.72/ ). This process is usually invisible to the user, but you can access Google’s site by using their IP address as well.

I like to plan ahead. This is why I download coupons and rebate forms well in advance of need.  it’s my justincase mentality 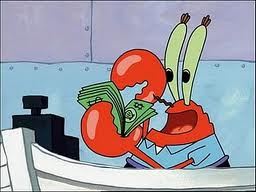 It pays to register for stuff:  Just got this email in my junk mail account:

Let’s see…I want that sneakpeeq tote, a couple of extra CVS cards, maybe a cruise around the world… I’d better contact them right away!