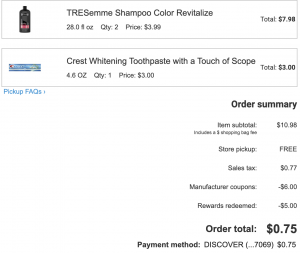 Bought two $3.99 TRESemme and one Crest toothpaste marked in red (sale), which put me over that new $10 minimum for pick-up orders, Used $2 coupon for Crest and $4/2 for TRESemme. Total was 75¢ after redeeming $5 in Wags Cash; earned back $5.05.  I swap out shampoo every day or so for variety so I’m pleased as punch.  Another big hit on the Discover card 🙂 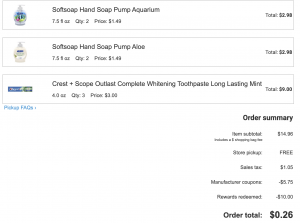 Buy three $3 Crest toothpaste or $3.49 mouthwash marked in red (sale).  Since we now have to hit a $10 threshold for pick-up orders, I added four pump bottles of Softsoap (B1G1 50% off) and used all the digital coupons available for both.  Total was 26¢ after using $10 in Wags Cash and coupons and I earned back $9.04, so I’m pleased as punch.  Another big hit on the Discover Card 🙂

Credit to SlickDeals for this one. 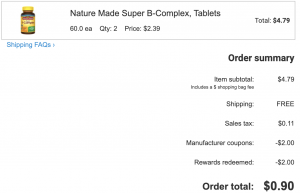 Walgreens has instituted a new $10 minimum order for store pickup, annoying as hell, but we’ll get around it anyway.  If they allowed us to use more than $5 Rewards at a time, maybe we wouldn’t be splitting up what we want into multiple orders, even if picked up at the same time.  Usual corporate reactions by management who don’t shop.

One thing that hasn’t yet changed is Ship to Store, so if that item is available to Ship – – go for it!  None of the Rewards shampoo deals were available with that option, but the Nature Made BOGO vitamins & supplements were, so grabbed a couple of those (limit one on the $2 digital coupon and no insert coupons). 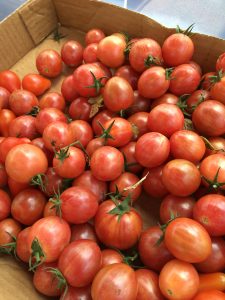 Get a 11×14 poster print at Walgreens, use promo code AUTUMN11x14 with in-store pick up and only pay $1.99. Order now for pick up at your convenience. Total will be $11.99 before code and $1.99 after.  Always choose the highest possible resolution.  Note this code will not work with APP.  Photo is a remembrance of all things Summer.

This week at Walgreens you can buy Colgate products and pay nothing with a $4 digital coupon and $4 cash back (Wags cash).  Pay with the cash and still earn it, a significant improvement! 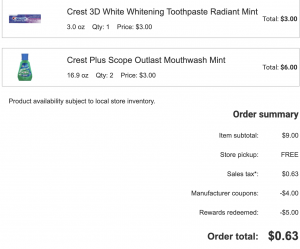 Prefer Crest?  Walgreens Rewards won’t work above five bucks, so you’ll have to run two transactions if you want both – big deal, right? In my case, it was OOS at one store, but available a few blocks down the street – can’t spit without hitting a Walgreens.  Clip all the Crest/Oral-B digital coupons.  Buy three tubes of $3 Crest toothpaste or mouthwash marked in red (sale).  Subtotal will be $5 plus high tax.  I paid with $5 in Wags Rewards and earned $5.09 in Wags Rewards. 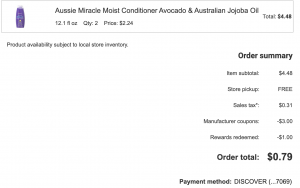 Looking for cheap shampoo or conditioner this week?  Walgreens has a B1G1 50% off deal on Aussie shampoo and conditioner with a $3/2 digital coupon to clip.  You’ll end up spending $1.50 plus tax for both.  Can’t mix and match on the B1G1 offer, though, so make up your mind.  I used Wags Rewards to keep that Discover card total low 🙂 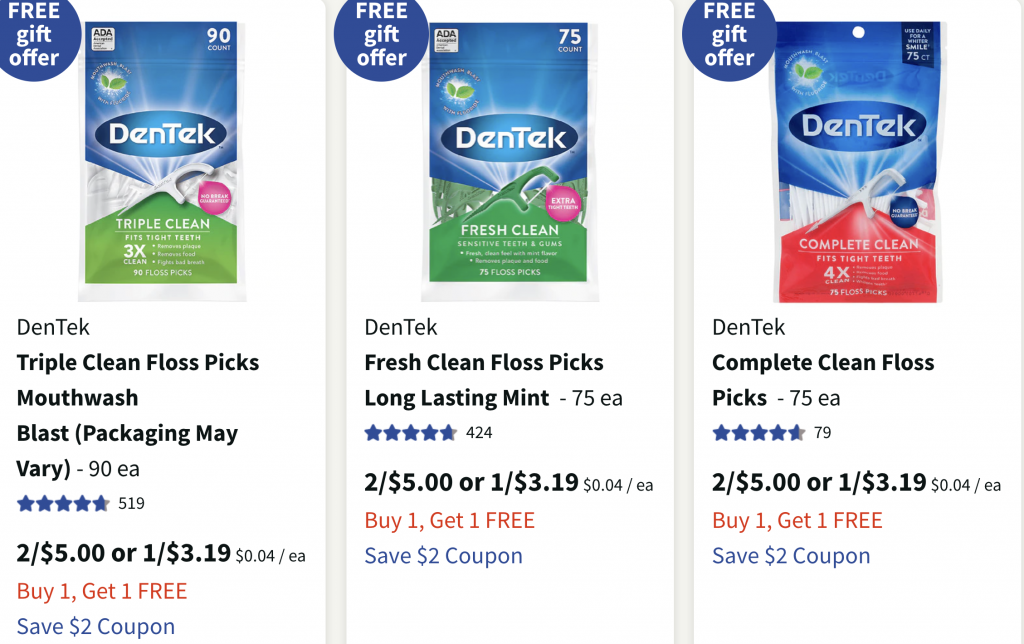 Need floss picks?  Grab a couple of bags of DenTek floss picks for 50¢ pls take after BOGO  sale and $2 coupon.  Total was 68¢, but I’m gonna pass ’cause FirstBorn just informed me he still has a full bag of 500! 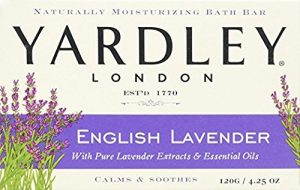 Walgreens has a sale on Yardley soap this week – each bar is only 69¢ (50¢ off).  No digital coupons this time, so you’ll be on the hook for that extra buck. Selection will be determined by store. 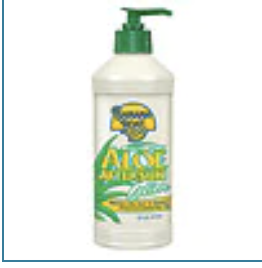 Need lotion?  Grab a couple of Banana Boat Moisturizing Aloe After Sun 16 oz pump bottles for free after BOGO 50% off sale and $5/2 coupon (expires in 3 days).  Total was 31¢ high tax, which is really gonna run up my Discover card balance 🙂 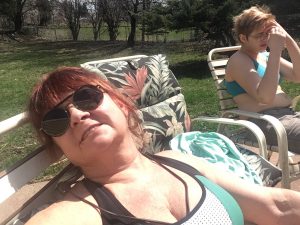 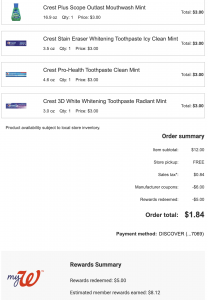 Since Crest deals aren’t as common as Colgate, I’m grabbing more toothpaste and mouthwash; swap in whatever variety you choose.  Since the Walgreens Rewards cap at $5, run two transactions – big deal, right? Clip both the $6/4 digital coupon.  Buy four $3 Crest toothpaste or mouthwash marked in red (sale).  Subtotal was $6 plus tax.  Paid with $5 Walgreens Cash and got back $8.12.

Second transaction (picked up together) is for L’Oreal products which have both a $4/2 manufacturers coupon & $2 Walgreens coupon, so I picked up a couple 12.6 oz shampoos, used promo code SCHOOL20 for an extra 40¢ off and paid with $1 in Wags Rewards (OOP was 97¢); earned 7¢ back in Wags Rewards. Since the maximum you can redeem is $5, makes no sense to order everything in the same transaction.  Why Walgreens continues to shoot themselves in the foot year after year is beyond me …

Also got 25 points on each transaction from Fetch Rewards, the rebate APP that doesn’t care where, when or how you shop – over 54,000 points already!